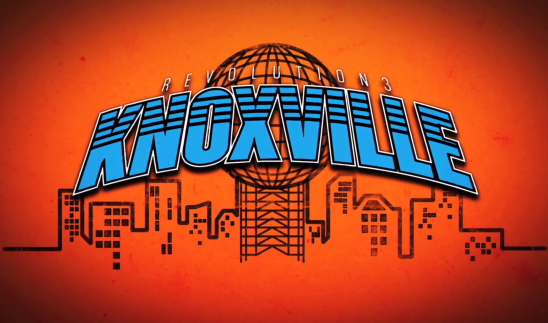 The quote in my title was the question that let me know I looked even worse than I felt, and that’s saying a lot. Rev3 Knoxville was this past Sunday (5-5-13), and it was absolutely not my climate to perform. Let’s explore…

Myself, my mom, and the littlest brother got into Knoxville Friday afternoon. After parking the car, we headed down to the Rev3 expo where me and Jax played around with the green-screen and I had a chance to meet up with a few of my Rev3 teammates. 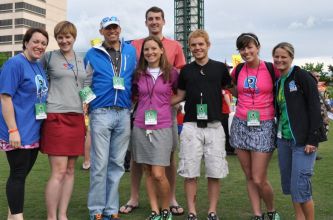 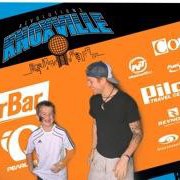 After checking in and grabbing my race packet, we had team dinner where I sat with my soy latte and the meat-eaters wolfed down their meals. We left from there and everyone got ready to either run the Rev3 Glow Run, or volunteer and cheer during it. ALL of the event’s proceeds went to help former University of Tennessee swimmer Nicole Gross who was injured at the Boston Marathon Bombings. The last number I head between the 5k and the 1 mile fun run was over 1500 people came out. It was absolutely incredible. 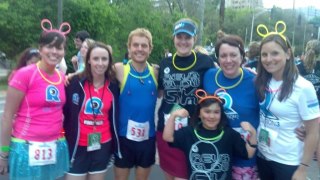 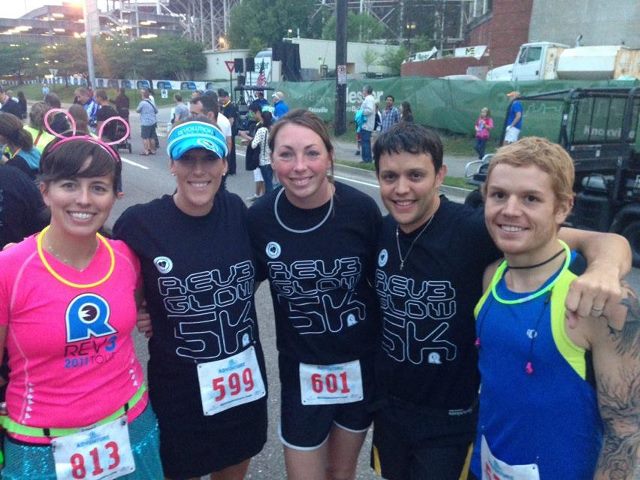 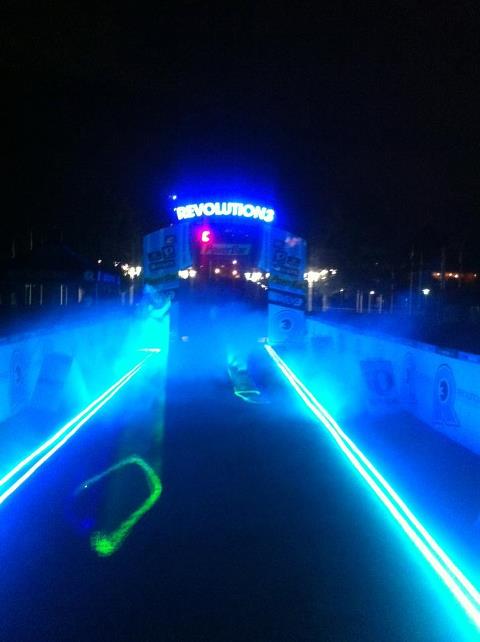 Saturday was kind of a chill day. Easy spin and run to get t5he body moving, then the practice swim and TriSlide pit because no one like chaffing. And who turns down free lube?! I can say that I’ve never been more thankful that my swim has improved; that 58* water was not a fun time. blueseventy makes a kick-ass wetsuit, and knew it’d help get me out of this barely polar bear friendly water. It was definitely a double swim cap situation. 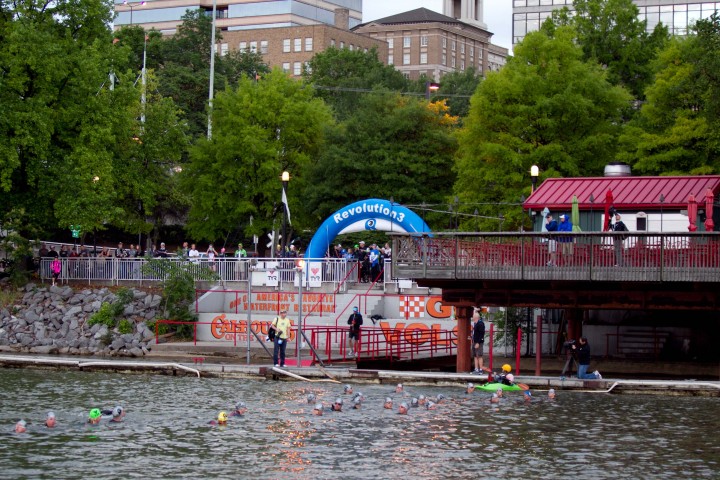 Let’s just say it was windy and rainy and overcast on top of the 50* air temp. Hello? Nature? It’s freakin’ May…lock it up. This isn’t funny anymore. I’ve never been so happy to pee in my wetsuit. Or so upset I didn’t pack ALL of my cold weather gear. Keep in mind I live in Florida and still have my heat in my place set to 81*. I don’t do well in low temps. So the swim, even in double caps and my blueseventy HELIX was crazy cold. Huge PR on the swim though, even with not being able to get my head into the water more than mouth deep, and got out of the water in just over 21 minutes. Granted hands, feet, and face were numb, but I was only thinking that with that swim and where my bike and run abilities were, I was in for a fast race. Well… 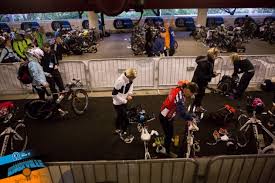 Notice everyone in transition (yes; this is pre-race) is in a jacket? It was freakin’ cold. After the long run to transition, at which point I’m pretty sure I was already cursing, I stepped out of my wetsuit, kept the caps on to retain heat, and headed out onto the bike. I knew I was in trouble when I had to pull over about half a mile out to use both hands to strap my left cycling shoe on. I just couldn’t do it with my hands numb and shaking. I gritted my teeth and pushed on, knowing the clock was running, only to find that…the faster I go, the colder I became because of the wet and wind. About 30 minutes into the ride is when it really hit me and I began mumbling and shaking no matter how much I tried to stop the tremors. Internal mantra became, “Just get back to transition.” 80 minute bike leg, a solid 20 minutes longer than it should have been. Lesson here is burn the extra 30 seconds it takes to don a jacket and gloves in transition instead of losing almost half an hour on the course because you cant function.

I had an angel in T2. I somehow still managed a flying dismount; muscle memory is a funny thing. Wobbling towards my rack, Kristin D, Rev3 teammate, saw me and let a horrified look creep onto her face. She asked if I was ok a lot, and it took my 3 or 4 tries to respond simply, “…cold.” I think she was encouraging me to get out on the run, I don’t really remember, but I do know that if she wasn’t there I would have just sat next to my bike and been finished. It wasn’t going to be detrimental to finish, and my reason to quit would have been little more than I was uncomfortable. That’s not a good enough reason to bow out. So thank you to Kristin, and my pride, because I couldn’t allow myself to be seen defeated by Mother Nature’s joke. The last thing I said as I headed out onto the run in my new Pearl Izumi N1 tri racers was “Jesus.” It was a lot less a curse and very much a request for help. And warmth.

After a slow first mile, I finally warmed up and was able to take in my first bit of nutrition of the race; 1 PowerGel. Now that I could actually feel my face, I put my head down and dropped my pace to <6:30s in an attempt to make up the 22 places I lost on the bike…22 places…wow…and another 16 in T2. But I made up 19 of those places, running 3 minutes off one guy in my AG in the back side of the run. I finished 66/355 for the race, not even close to what I’m capable of, but full of a lot of new lessons. I did get to run down the finish with my brother though, and that’s pretty legit. Kudos for Rev3 for ‘allowing’ that unlike some other races. 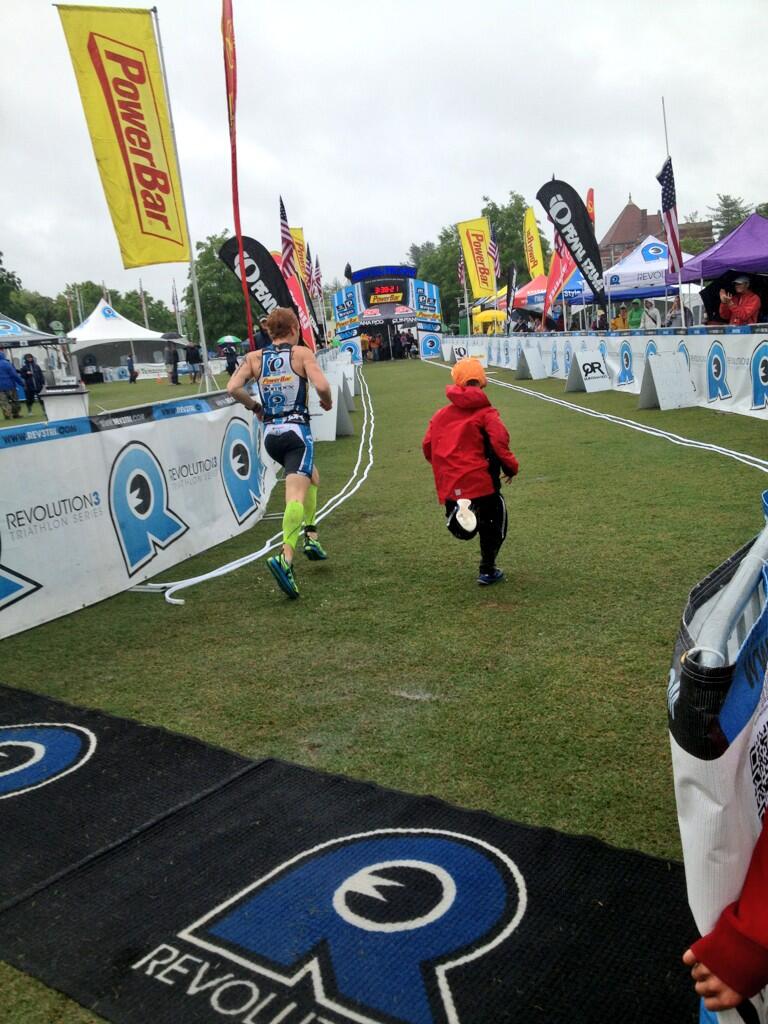 The number I read last was over 100 DNFs (did not finish) and a decent number of people who didn’t even start or saw medics for hypothermia-like issues. We, the athletes, may not have been ready for the elements, but Rev3 kept the race on and put it together wonderfully. So major points to Rev3 staff and volunteers and the city’s PD for keeping the race going and being out there so we morons could suffer through it. Now it’s back to Florida sunshine and the heat I love so much. The next RR will read very differently from this one. \\m//

Penny for your thoughts... Cancel reply

Student, triathlete, and coach, racing after my professional triathlete license. I've come a long way since a car wreck put my in a coma in 2008, and I continue to chase my dreams as an athlete and person. Check out my first entry, "Quick History" for the full story of how it all got started.